But did you see this shocking paragraph, tucked away on page 223?

INTRODUCING A BANK RECAPITALIZATION “BAIL-IN” REGIME: To protect Canadian taxpayers in the unlikely event of a large bank failure, the Government is proposing to implement a bail-in regime that would reinforce that bank shareholders and creditors are responsible for the bank’s risks—not taxpayers. This would allow authorities to convert eligible long-term debt of a failing systemically important bank into common shares to recapitalize the bank and allow it to remain open and operating.

That means that if a bank starts to go wobbly in Canada, and you have money in that bank, the bank can take your money to bail itself out.

When you have your life savings, or your kids college fund, or even last week’s paycheque in the bank that you need to pay your rent, you are technically a creditor of the bank. As in, they owe you that money.

But this Liberal proposal says that if the bank has trouble, they can just take your cash, and give you shares in the worthless bank instead.

If you want to know what a bank bail-in looks like, look at Cyprus, about three years ago.

Cypriot banks had made risky loans to Greece, under pressure from the European Union. Those loans were bad, so the banks were in trouble. But the European Central Bank said they’d only help stabilize those Cyprus banks if they seized their own depositors’ assets first.

There was such a panic, such a run on the banks, that bank branches simply closed; ATMs were limited to giving just a few Euros a day to people to buy food. It was a melt-down. And none of it subject to warning or a vote or prior notice. It was massive theft — to bail out the bankers. Or banksters, as they are called in cases like these.

And that is now coming to Canada. Trudeau says he’s going to change the rules. So that if a Canadian bank, perhaps the most regulated industry in Canada, gets in trouble, ordinary Canadians will be forced by the government to bail out the banks. They’ll just take your money.

Do you think this should be allowed?

This is outrageous. The people of Cyprus may have put up with it — they were fleeced by their own government, but also by the European Union. No warning. But what’s our excuse?

You have your warning now. Page 223 of the budget. If you don’t speak out against this now, don’t say you weren’t warned. 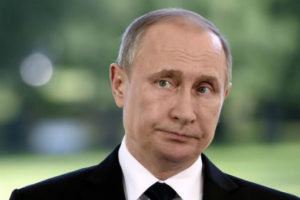